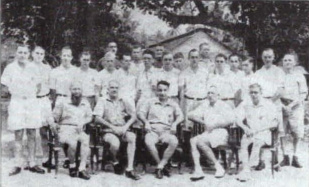 On 28 November 2020, J Rozenburg mailed:
"On Ancestry.com Grashoff is reported in 1939 as leading steward on the ship ESTE of the same company as the FRANKEN (Nord Deutsche LLoyd). Must be the same man.
(...)

His (...) ship FRANKEN became the WANGI WANGI, after being interned on 10 May 1940 in Emmahaven, Padang, Sumatra. His (...) ship ESTE was also interned by the Dutch in 1940, but on Curaçao (Netherlands West Indies). This ship was renamed SURINAME."
Submit additional information about this person