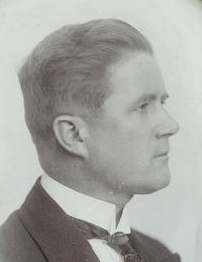 Born in Berlin. Migrated to NEI in ? Became insurance agent in Bandung, Java

On 11 April 2018, granddaughter Patricia Sonnenburg, approaches the "Het Parool" newspaper and re-tells the history of her grandparents. After the war Patricia's grandmother never talked about the Van Imhoff affair and wanted others to remain silent about it too. The whole affair became a family secret.

However, after the Van Imhoff television documentary in December 2017 on Dutch national TV, Patricia found the courage to express herself in the open.

She made contact with Dutch lawyer Liesbeth Zegveld, who is an international specialist in humanitarian law. On behalf of Patricia Sonnenburg ms Zegveld wrote a letter to the Ministry of Defence officially asking for an apology by the Dutch Government in recognition of the suffering caused to the family.