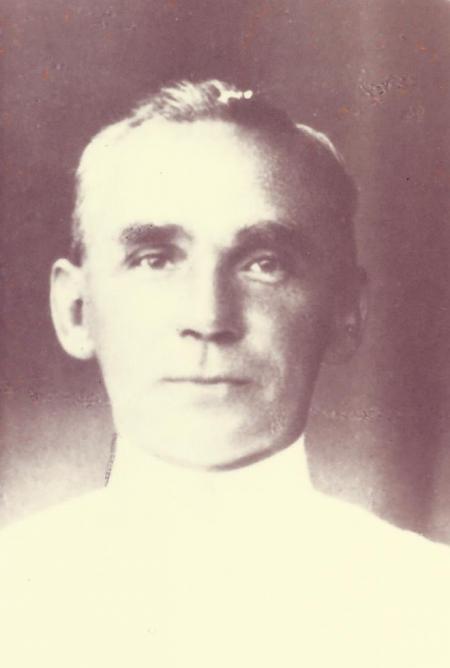 He was arrested together with his two sons Frans Paul Tenzer (17 years) and Hans Willy Tenzer (19 years). They drowned at sea together.

My grandfather, at age 23, departed from Rotterdam on december the 13th 1913 to serve under the Royal Netherlands East Indies Army as a medic in the Dutch Indies. He retired in 1935 where he resided in Malang where he continued using his medic skills for the community in the neighbourhood.

The war broke out in May 1940. Suddenly the country that he served for 22 years turned against him. Just because he was of German descent. He was taken prisoner immediately with 2 of my uncles (ages 17 and 19) and transported to Atjeh.

Luckily, my father (aged 9) and his 2 other brothers (11 & 15) were still kids at the time so the KNIL left them behind together with my 2 aunts. Meanwhile the Japanese invaded Malang. In 1942 the Dutch decided that every German had to be transported to Ceylon. There were 2400 German civilians transported on 3 ships. The first two ships arrived safely. The 3rd ship, the S.S. Van Imhoff, carrying 478 prisoners, including my grandfather was spotted by a Japanese torpedo bomber. (...) Only between 37 and 67 prisoners made it to the island of Nias. My grandfather and my 2 uncles weren’t among them. They, along with 438 other civilians, were left to drown on that fateful day the 19th of Januari 1942.

This is the story of my grandfather. A story that scarred my father for the rest of his life. A story about a war crime of the Dutch government which they do not want to admit. Until today nobody is held responsible for the deaths of 441 human beings. I often wonder how different my father would have been if this event had not taken place. (...) War fucking sucks.
Signed: Werner Tenzer (unquote)