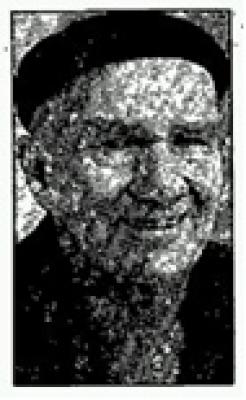 Ship's engineer by education (1910). Took part in the socalled "Hongkong Kulifahrten“ from China to Singapore and Bangkok. In 1912-13 he joined river exploration trips in West New Guinea.

He joins the German war navy in August 1914 and is posted in the Baku Strait.

After the war, he manages a coconut plantation in NEI on the Island of Mioko (Mioes Ara, Mius Ara) with business partner Hermann Hornung. They rented the island for the purpose.

In 1928, when the famous Theodor and Emil Helfferich brothers leave the NEI and return to Germany to support the Nazi movement, they ask Albert Vehring to run their estate in the mountain area of Cipoka, Java. There, Vehring manages the production of vegetables and raises poultry, pigs and cattle as food supply for the crews of German ships and submarines that hang around in southeast Asia. In those days, the NEI acts as free haven for the German marine force. Later, Vehring also starts a rest & recreation center in Cipoko for German seamen.

In May 1940 Vehring is interned by the Dutch authorities and deported with the Van Imhoff in January 1942. When sinking, he professionally prepares himself for a survival trip at open sea, together with other survivors.

On Nias he manages to mobilize the local Indonesian guards against the Dutch. The imprisoned Germans are set free and the Dutch rounded up on Nias are locked up. Together with another survivor, Ernst Fischer, he founds the Free Republic of Nias (Republik Nias Merdeka). Fischer is appointed as prime minister, Vehring becomes the minister of foreign affairs. With the Japanese approaching, the new republic does not survive for long, however for Indonesians the example it sets is enormous: the Dutch appear to be vulnerable after all. A swastika flag is made. The Germans organize themselves, arrange some decent clothes and polish their shoes for a unique group portrait. Vehring and his comrades position themselves as allies of the Japanese and offer translation services and intelligence on the country and the Dutch.

The Germans in NEI face the challenge to become accepted as cooperative allies of the Japanese and survive the growing turmoil of a disintegrating colony where various groups of independence fighters roam around.

In 1943 Vehring is asked by Commander Erhardt of the German navy in Singapore, to assist with the mobilization of German ships and submarines in the region. This includes the almost 20 freighters scattered in harbors across the Indonesian archipelago from which many crew members had been arrested and deported. Most ships were also confiscated by the Dutch for a short period in 1942.

Vehring is furious about the arrogance, loss of respect and obvious war crimes committed by the Dutch, starting with the public round-ups in 1940 up to the horrendous abandonment at open sea. But Vehring keeps a low social profile as there is no way to officially accuse the dismantled Dutch authorities or inform the media about what happened to the Van Imhoff. He also has to avoid drawing too much attention of the Japanese and Indonesians who could easily mistake him for a Dutchman.

Both Ernst Fischer and Albert Vehring manage to travel to Sarangan near Madiun in East Java where a German expatriate community develops with a fused Japanese-Nazi German ideology, paraphernalia and education program. The main Sarangan inhabitants are German women and children.

Vehring and Fischer arrive there with their shocking first hand account of the Van Imhoff disaster. Both men seek leading public functions in Sarangan to organize the Germans as interest group. Ernst Fischer is appointed mayor of Sarangan. In 1948, both men disappear, overnight. Perhaps to make contact with the nationalist movement and militia to provide them with tactical advice against the approaching Dutch and British army.

Both men are put on the military blacklist based on intelligence that their dealings with the Japanese may have caused the death of allied soldiers on Nias. Many Germans are again arrested by the allied forces in the early years of the emerging Republic of Indonesia and shipped to the island of Onrust (again!) off the coast of Jakarta. Vehring is among them.

Finally, he is registered as passenger on the freighter Sloterdijk which was specifically used to deport Germans to Germany. This shipment included prisoners picked-up from Dehra Dun. They were brought to Hamburg and dropped off right in the middle of the British occupation zone. At the same time, Ernst Fischer was shipped to his home country Austria.

Once in Germany, Vehring tries to come to terms with his growing frustration and takes an assertive lead in the public exposure of the misconduct and war crimes committed by the Van Imhoff and Boelongan captains.

(His further actions are covered by the TimeLine presented in this website.)

In the early 1960-ies Vehring is approached by C Van Heekeren together with G Weiler (missionary from Banjarmasin), J Grasshoff (ship steward from Padang), E Fischer (merchant from Surabaya), E.C. Kempf from Pontianak, H. Sack (nurse from Sabang), K Seemann from Banjarmasin and W Schweikert (piano builder from Semarang). They become key witnesses to the sinking of the Van Imhoff, the struggle of the survivors at sea and the landing and follow-up on the island of Nias. Their accounts are reflected and cited in the well-documented early account of the Van Imhoff affair by Van Heekeren (Batavia seint: Berlijn, Bert Bakker, Den Haag 1967)

In response to a call for Van Imhoff survivors by Der Spiegel magazine in 1965, Vehring responds with the following letter:

During his life, Albert Vehring never received any apologetic response from Dutch authorities. He died at the age of 82 years.

The book is difficult to trace