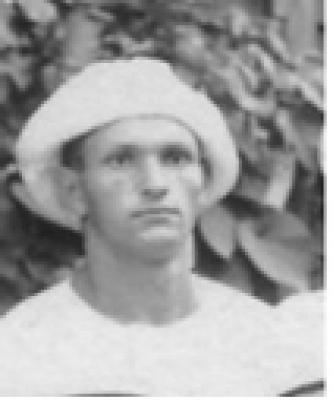 Born 3 November 1895 in Kalliste, Preußen, or: Altglienicke near Berlin (?)

1914: mobilised in the 3rd Sea Bataillion as sea soldier. In November 1914 he was taken prisoner of war in the Kurume Camp in Japan, number 217 with home address Altglienicke, Kreis Teltow, Provinz Brandenburg.

December 1919: released with the option to join the police service in the Netherlands East Indies. 1922: Police guard at the police academy in Buitenzorg. Private address (1935) Oude Tamarindelaan 91, Weltevreden.

Also registered as employee / car mechanic with Niemij in Semarang.

Interned in May 1940. Deported with the ss Van Imhoff. Drowned.

Submit additional information about this person