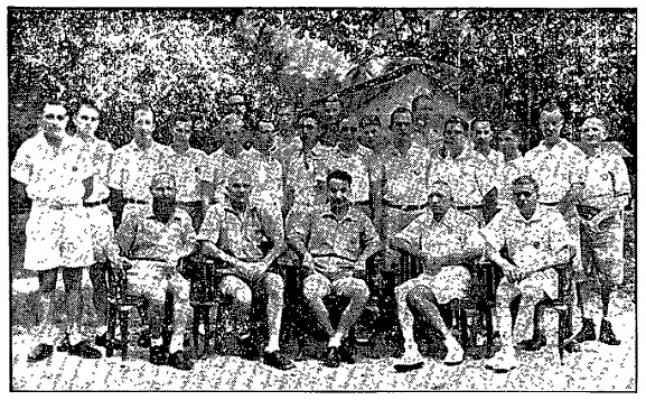 Piano builder in Medan and/or Semarang

In 1947 W Schweikert is repatriated to Europe from Batavia (Jakarta). This is where he meets his seven years old daughter for the first time. His wife was pregnant when she and Schweikert were interned in 1940. His wife died in (?) during her internment.

He appears in the group picture of the Nias survivors.

In the early 1960-ies he is approached by C Van Heekeren together with G Weiler (missionary from Banjarmasin), A Vehring (planter from Irian and on Java), J Grasshoff (ship steward from Padang), E Fischer (merchant from Surabaya), E. Kempf from Pontianak, H. Sack (nurse from Sabang) and K Seemann from Banjarmasin. They become key witnesses of the sinking of the Van Imhoff, the struggle of the survivors at sea and the landing and follow-up on the island of Nias. Their accounts are reflected and cited in the well-documented early account of the Van Imhoff affair by Van Heekeren (Batavia seint: Berlijn, Bert Bakker, Den Haag 1967. pg 360)